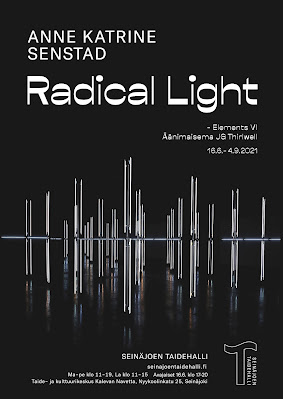 of white light that produce a total environment,

encompassing all the senses. Upon entering,

the viewer is welcomed by The Sensory Chamber

an intimate video installation or “antechamber”,

where the hypnotic moving images are projected

onto a bed of white salt crystals moving through 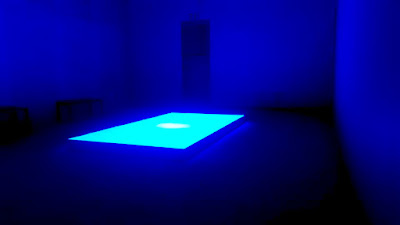 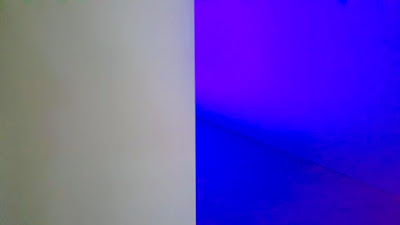 In the grand space, the installation Elements VI

is defined by the unity of chromatic white neon

enveloped by a white horizon that stand amidst

the concrete columns of the former industrial

filled with neon and argon, illuminate the

space at color temperatures between 3500

to 8300 Kelvin degrees, ranging from warmer

satin and egg-shell whites to colder green and

physical character of the color white and its

Enveloping the public in a sound environment

experience embodies the spatial sensations of

In composing a sensory environment of pure light,

Senstad is primarily examining the emotional and

semiotic connotations produced by white as a

a symbol of death and rebirth; or naturally clean

white as something that departs from reality

and approaches the surreal – the white tiger, 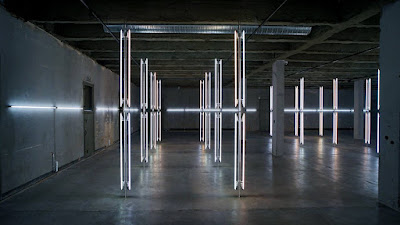 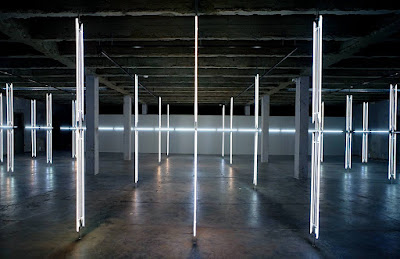 On the other hand, Senstad’s installation produces a

separation between the light source as an information

channel and its cultural meanings, demonstrating how

various shades of white are nothing more

than sensations of electromagnetic wavelengths

that can be altered by changing the ratio of noble

gases harnessed within the glass tubes.

The physical properties of neon and argon facilitate

the transportation of electricity that produce luminal

spectrums with a discrete durational hum. Light is

always physically present in space, similar to its

transformative effects on surrounding objects or

enclosing walls. The use of light as material, its

scale and the purity of the white hues, refer to a

radicalization of space and color, striving towards

their zero-degree, making it possible to pose

questions on the character of the artwork and

challenge its place within the gallery. 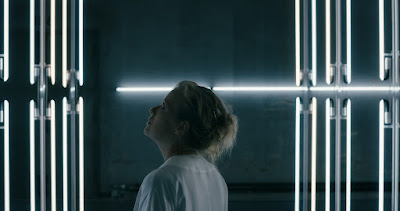 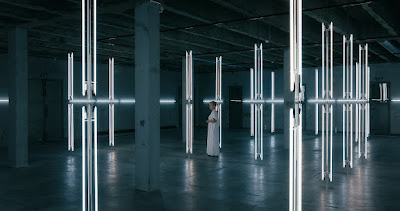 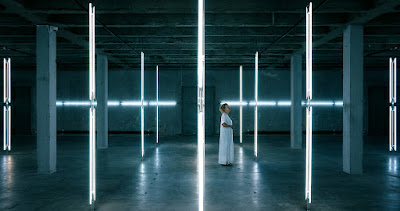 The idea of a pure white color has enthralled 20th

or Robert Rauschenberg. It signified for them an

endpoint of previous artistic developments and a

transgression beyond the canonic rules of the

artworld. But a white canvas was simultaneously a

mirror and a blank slate, receiving signals from its

environs and registering its temporary interventions.

From that point, there was only one step towards art

that undid the separation between the artwork and

its surrounding space. Senstad’s work is situated in

the tradition of installation art, where the surrounding

environment and the viewer become part of the

work itself. By moving between the light columns,

times, observing the change in light and shadow, the

gallery space acquires an equal role with the

Elements VI bears a relationship to the geographic

location in Seinäjoki – with the silvery and white hues

of the northern hemisphere during the peak of the suns’

atmospheric presence – but it also makes a reference

to the built history of its location. Not far from the

of Seinäjoki by Alvar Aalto, crowned by the

Its white interior creates emotional effects for the

viewer through the sculpturality of its vertical tectonic

transformation between the ceiling and the apse. 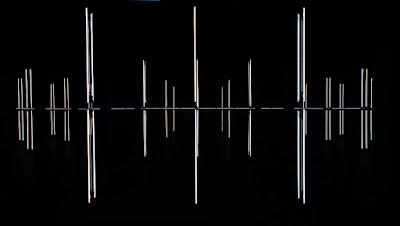 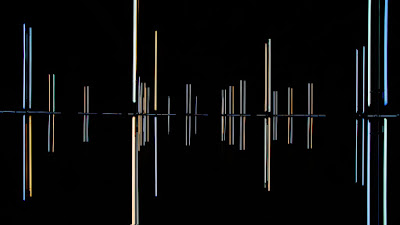 spiritual is mediated there through reduced

most importantly, the light from vertical windows

reflected off from the bright white interior walls.

Unlike the church, the Kunsthalle closes itself off

from the external light and transports the viewer

to a sensorially immersive space of an artificially

the human body in a system of matrices, electricity

and glass tubes.Senstad’s invitation to contemplation

and introspection is detached from any institutional or

instrumental function. The installation becomes a

counter-environment that transforms the visitors’

perception of space and time and provides potential

for a radical cultural experience. 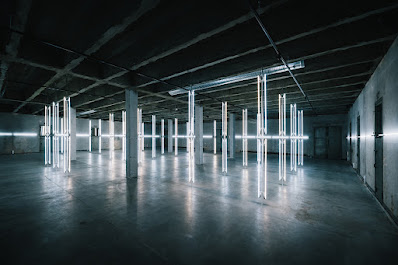 Elements VI, 2021. Photo by Tuuka Kirviranta
Andres Kurg is senior researcher and acting head of
the Institute of Art History, Estonian Academy of Arts,
in Tallinn. He has an MSc in architectural history from
the Bartlett School of Architecture, UCL, and a PhD in
art history from the Estonian Academy of Arts. His research
looks at architecture in the Soviet Union from the 1960s to
1980s, in relation to technological transformations and changes
in everyday life and values, as well as its intersections with
alternative art practices. He has published articles in the
Journal of Architecture, ARTMargins, and Home Cultures,
and contributed to exhibition catalogues and books. He has
coedited Environment, Projects, Concepts: Architects of
the Tallinn School, 1972–1985 (Estonian Museum of
Architecture, 2008) and cocurated Our Metamorphic
Futures: Design, Technical Aesthetics and Experimental
Architecture in the Soviet Union, 1960–1980 (Vilnius
National Gallery of Art, 2011–12).

The exhibition is produced by Kunsthalle Seinäjoki

and The Finnish Art Promotion Centre/TAIKE. 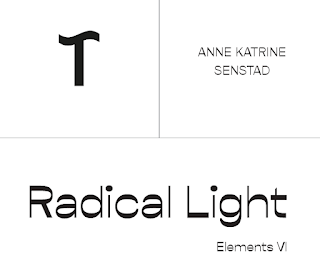 in support of Carriage Trade Gallery in New York,  I'm glad to participate in the yearly fundraiser "Social Photography" alongside some great artists, art writers and authors, as well as musicians from Sonic Youth and other friends of Carriage Trade.

On the issue of Social Photography and it's potential during our times, my donated editioned photograph to purchase at Carriage Trade is an architectural portrait and memorial of the symbolic modernist Y Building in Oslo designed by architect Erling Viksjø, with its rare exterior Pablo Picasso mural "The Fishermen", a gift to the Norwegian people that he created in collaboration with Norwegian artist Carl Nesjar, one of many collaborations between the artists over 17 years.
After it was announced in 2019 that the unique Y shaped concrete building was to be demolished by the Norwegian government, I felt as an artist and a citizen the need to record and experience it's sloping angles, materiality and volume, and the architecturally integrated Picasso/Nesjar mural on the facade still available to the public - to honor the building's beauty, historic prominence and it's symbolism of societal value systems, before extinction.
To mark the sad anniversary for the July 22, 2011 tragedy in Norway that began at the very Picasso clad Y building in the governmental complex in downtown Oslo before tragically ending at the social-democrat party's youth camp at Utøya, finalized by the demolition of the Y building that was carried out in summer of 2020 during the pandemic in the face of international uproar - the photograph represents numerous questions we are left with from this era - but importantly; how could this happen?
The online preview for purchasing opens July 21, 2021 - and the exhibition opens to the public August 5th, 2021.
Warmly,
Anne K Senstad

Now in its ninth year, Social Photography brings together cell phone pictures of participants from a wide range of disciplines, generations, and places. In the spirit of broad access to cell phone image making technology, the emphasis of the project leans toward sensibility and the anecdotal over skill and mastery of the medium of photography.

Taking advantage of technologies that allow for images to be sent from anywhere, which are then formatted, printed, and displayed in an in-person exhibition at carriage trade, the range of participants in Social Photography reflect both the gallery’s community in Lower Manhattan as well those associated with it in other parts of the world. Linking the virtual with the physical through an online display that is then presented in print form, Social Photography IX might be seen as a counterpoint to the increased placelessness of remote exchanges normalized in the pandemic-era.

With a limited curatorial directive, trends are inevitable (a slight increase in pet photos this year is most likely a result of increased time spent indoors during the pandemic), while the elusive nature of where to “put” cell phone photography with respect to hierarchies of photographic image production (fine art photography, photojournalism, social media fodder) remains intact. What began in 2011 as an investigation of a novelty medium which simultaneously offered an alternative to the conventional non-profit benefit exhibition has become a kind of tradition, as it sustains and expands carriage trade’s community through its many participants, while helping support the gallery’s upcoming projects.

IMMERSIVE WORLDS - an Arts TV series created by Producing Partners and has run for 2 seasons on ALL ARTS TV - a WNET PBS network, has been nominated for an EMMY Award as part of 14 ALL ARTS TV EMMY nominations.

In Season 1 Episode 8 - IMMERSIVE LIGHT, my work was presented alongside James Turell,  Dan Flavin, and Anthony McCall - a 40 minute episode journeying through experiential and perceptual art, as artists working sculpting light and working with light as matter.

Click HERE see the episode on ALL ARTS TV streaming. 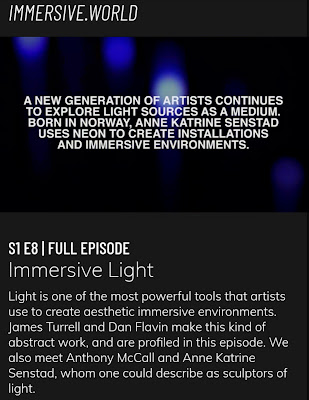 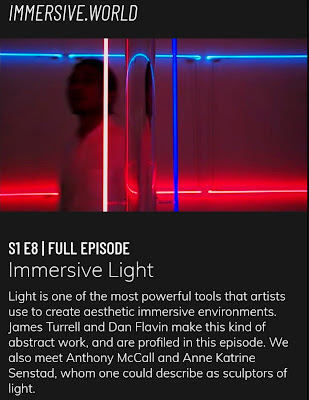 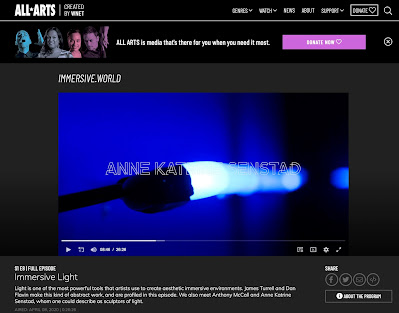 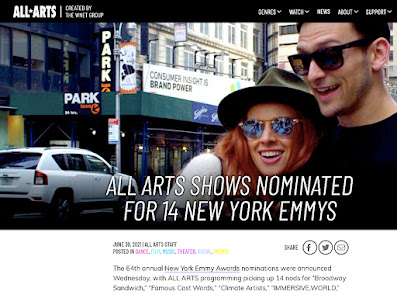 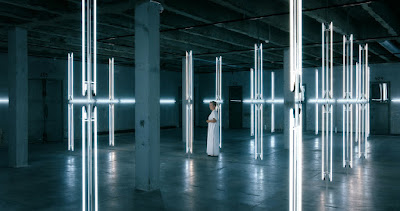 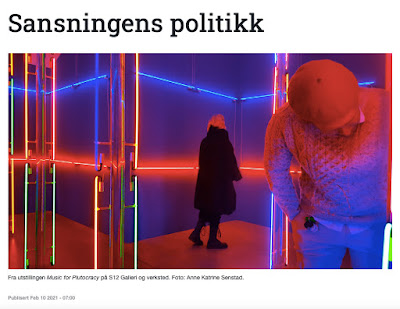 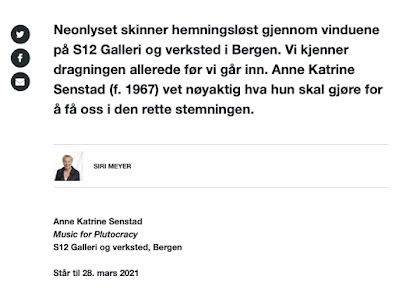 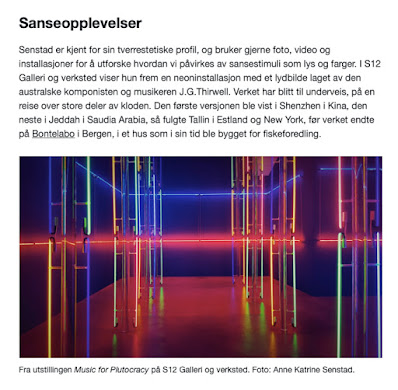 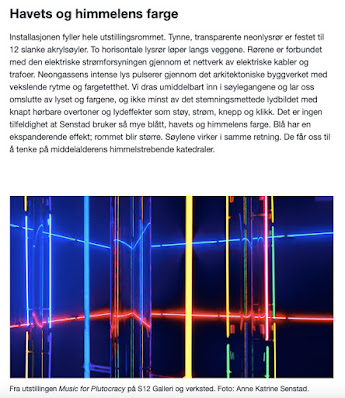 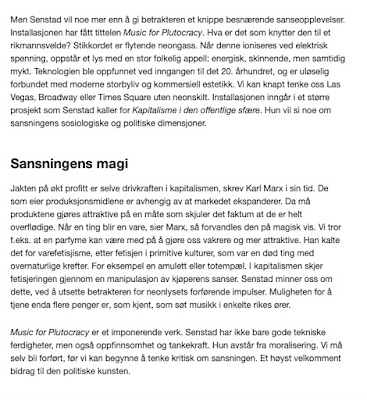