Opening Nov 13 - 6-8 pm with a performance by French artist Patrice Lerochereuil at 7 pm. 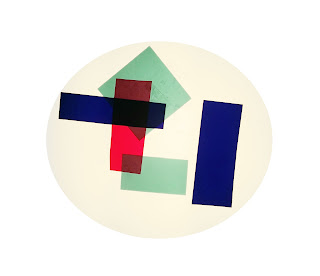 Solivagant* is pleased to announce a solo show by New York based, Norwegian artist Anne Senstad.

The multi-location installation Soft Geometry-Liquid Commodity presents a series of new geometric and text based neon works that suggest a route running through Solivagant* gallery space and the city block hosting it; the gallery will physically expand from its 79 sq.ft room to the whole block between Orchard St., Hester St., Allen St. and Grand St.

Anne Senstad’s site-responsive installation aims to comment on and highlight the role of Chinatown as a cultural antecedent to New York and as one of its last bastions of authenticity. Solivagant*, as an intervening exhibition space stitched into the fabric of the local trade, investigates the value and experience of art by placing it outside of the conventional gallery context; taking it back to an informal trade space, and to its manufacturing place of origin.

Lighting systems, neon signs and displays are largely present in Chinatown cityscape. Soft Geometry creates a correspondence of light, shapes, text and color between the different displays along the city block, a cartographic and aesthetic anthropological intervention.

Liquid Commodity reflects ideas of trade, business, service industry and fast movement of commodities that we find in the market place and in the neighborhood. Art exists as commodity and currency, illuminating and directing desires to possession and consumerism. With the seduction of colors, neon lights and the object-art, commodification and trade is demystified and exposed.

The exhibition at Solivagant* will be accompanied by a number of collaborative performances in response to Senstad’s installations, starting with performance artist Patrice Lerochereuil culminating in saxophonist Ilhan Ersahin’s site responsive sound performance for the closing event on December 12th.  French-American artist Patrice Lerochereuil's (b. 1957) practice is particulary close in spirit to the 60's fluxus movement. He is co-curator of "Blago Bung", an international performing night in New York and Zurich. Musician, composer and producer Ilan Ersahin is founder of Nublu in New York and Istanbul amongst numerous other projects internationally.

Anne Senstad works in the multidisciplinary intersections of installation art, photography, video, site specificity and land art. Her work is concerned with sensorial aesthetics, perceptive and transformative ideas of art and philosophical practice and social-political awareness. She has exhibited widely internationally, chiefly at the 55th and 56th Venice Biennale, The Bruges Art and Architecture Triennale 2015,  Zendai Moma, Shanghai, Abu Dhabi Art Hub, ISEA Dubai, UAE in 2014 as well as in numerous private galleries, festivals and institutions.

Solivagant* is an Art Project Space measuring exactly 79sq.ft, located in the heart of New York CIty's Lower East Side. As a platform for experimentation and contemporary practices, it invites artists to work site-specifically, through public interactions, community involvement, installations and performances. Cultural Nomadism, contamination of productions and hybridism of ideas are the fundamentals of Solivagant*’s projects.

Artworks are on view daily from 9am to 7pm through the Gallery’s window. Gallery space opens by appointment and during performances. Documentation of exhibitions can be accessed 24/7 online at solivagantnyc.com. 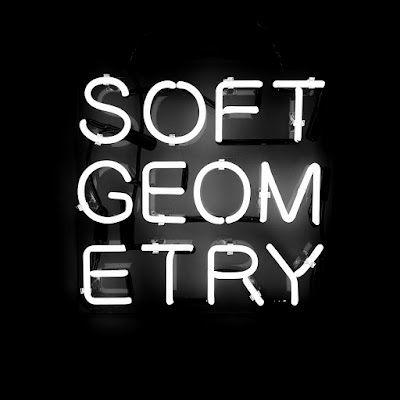 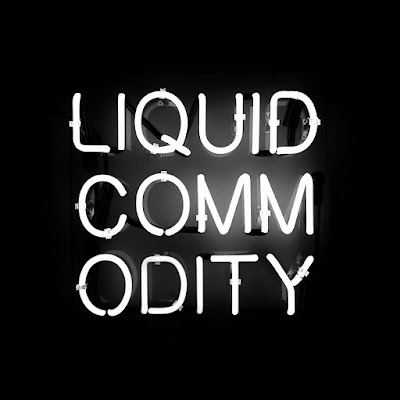 Gold Guides Me is part of Senstad's research project Capitalism in the public realm, and created especially for The Bruges Art and Architecture Triennale. Curated by Till-Holger Borchert, Lies Coppens, and Michel Dewilde. 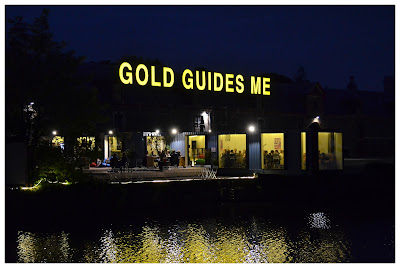 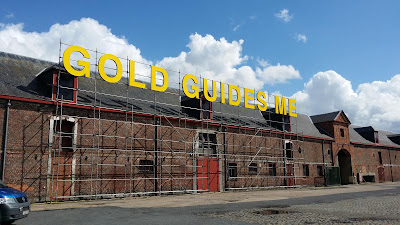 Partial curatorial text: Bruges Contemporary Art and Architecture Triennial 2015 Bruges as a megapolis 20 May – 18 October 2015 Every year, over five million people visit Bruges. What if they all decided to stay? What would it mean for a preserved, historic city like Bruges to become an overnight megapolis? This is the premise for the Bruges Contemporary Art and Architecture Triennial 2015, a major event on the arts calendar. Eighteen international artists create new works that form an art trail through the city centre. These works reflect on the future and the creative potential of the city, on urbanisation, citizenship, lifestyle, community, finance and economics. Three indoor exhibitions form the opportunity to further explore and contextualise these topics. Bruges is transformed into URB EGG: the Triennial cracks the egg of Bruges in order to reinvent the city from the inside out. http://www.biennialfoundation.org/.../the-2015-bruges.../"
Posted by Anne Katrine Senstad Links to this post
Email ThisBlogThis!Share to TwitterShare to FacebookShare to Pinterest
Newer Posts Older Posts Home
Subscribe to: Posts (Atom)