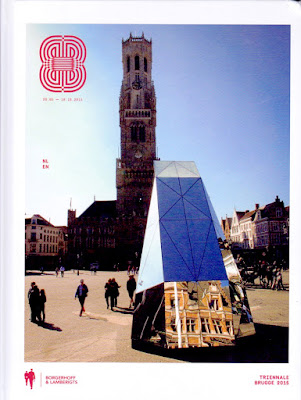 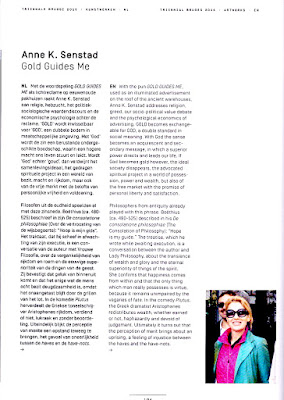 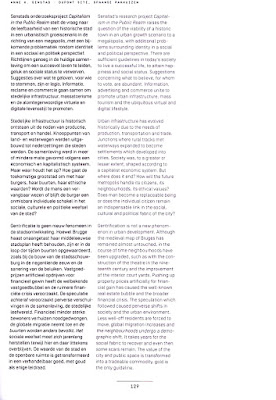 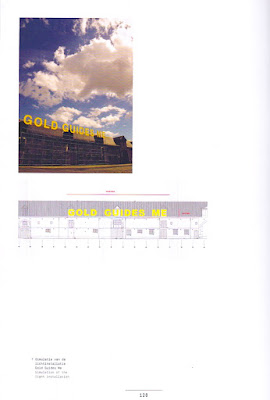 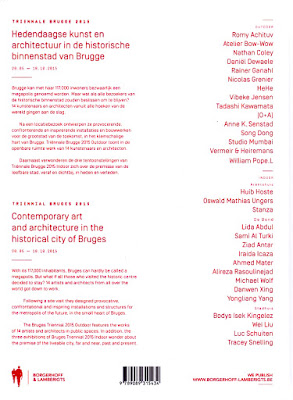 The Calligraphy Challenge is a performative gestural text intervention by Norwegian Artist Anne Katrine Senstad. It was performed as part of the CULTURUNNER initiative and funded by Edge of Arabia and Office for Contemporary Art Norway July 5 - 12 2015. Organized by Edge of Arabia founder Stephen Stapleton and curator Ava Ansari. 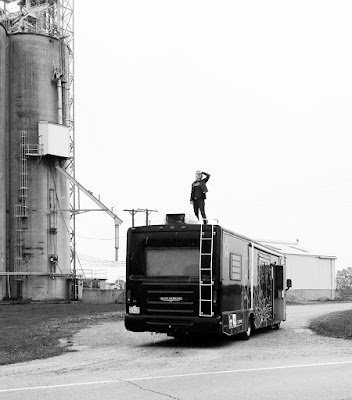 CULTURUNNERS  is a road trip initiative across the U.S. in a media outfitted RV bus organized by Edge of Arabia in partnership with Art Jameel for art and cultural practitioners from diverse backgrounds. The first lap of the road trip started with departure from New York July 5th, stopping by towns in Pennsylvania, Ohio and Indiana on our way to Detroit with arrival July 12th as destination for the CULTURUNNERS presentation talk and street party event July 19th. Artists and fellow travellers on the first lap of the RV bus road trip include Anne Senstad, Yazan Khalili, Stephen Stapleton, Felicia Castro and John Mireles.

As a participating artist from Norway and based in New York I wanted to be challenged by and introduced to the Arabic and Farsi Alphabet informed by my previous art projects and experiences in the middle east and a variation of earlier works aestheticizing language, production of social political implied statements and lyrical sentences for the public space as art intervention. These linguistic processes are informed by the idea of advertisement psychology and the economy of public language, anthropologically inspired considerations, mass communication as power, as well as the emotional and intellectually implied realms of poetry and literature. As a gestural performative handwriting study of an unfamiliar language, the process of learning Arabic calligraphy is abstract and lent itself to exploring the physicality of automated writing and study of the line, removing the control of the intellect and analytical aspects of reading and writing ones mother tongue. Adding on a moving RV bus on highways and country roads as classroom with sound and spatial interference, with a constant change of location, the learning process is then additionally challenged and liberated from traditional constraints.

The employment of language as aesthetic and as transportation for ideas and phenomenological domains, influences our perceptions by way of communication, philosophy, psycho-geographical spaces, through engagement and absorption of the process - the performative in action in relation to, and in response to language. 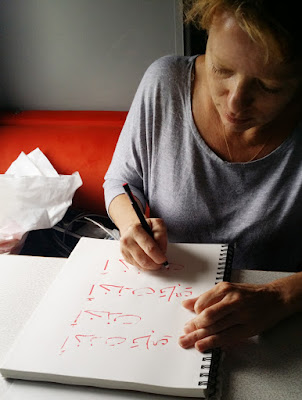 The Calligraphy Challenge, learning to write Arabic on a shaky unstable RV bus going from New York to Detroit.

As a starting point I received a series of Farsi calligraphy instructions from Marco Say, a calligraphy expert based in Teheran as an initiation to my Calligraphy Challenge Project. (Farsi and Arabic alphabet are the same but Farsi has 4 more words). The idea behind my project The Calligraphy Challenge was to practice Arabic and Farsi calligraphy as a beginner and non-arabic speaker in a shaky, unstable RV bus on highways and country roads as a geo-performative text intervention with physical obstruction, challenging the quiet meditative process and action of studying calligraphy introducing physical resistance in the learning process, and a displacement of language to an unexpected environment and culture. It also refers to the idea of the nomadic traditions and travelling artist intervening culturally with people and new locations one would enter by administering the "poison" of the foreign into their environment. Languages and culture have historically been transformed and merged through exchange, trade, travel, storytelling, diaspora and colonialization. American culture shows both a hybridization and a stagnation of national identities, religions and languages from the numerous waves of colonial immigration, and later economical immigration, by integration of cultures as well as a need for preservation of original culture and language. Pioneers and religious outcasts chiefly from Europe established new townships and communities using biblical names reflecting their ideas of Utopia, such as Palestine, Jericho, Zion, Babylon, Jericho, Jerusalem,Salem, New Canaan and so on. The majority Amercian town names settled by pioneers reflect the geographical origin of the settlers such as Fredericksburg  Manchester, New Amsterdam etc, or the names referring to the main settler family such as Jonestown or Margaretsville. Other names originate from Native American names or tribes such as Mineola, Chappaqua or Massapequa, or the numerous Spanish catholic names found in California, New Mexico and Texas.

The focus of my project The Calligraphy Challenge and choice of words was influenced by destinations determined by my fellow CULTURUNNER artists projects, and served as a joint cross cultural effort. On our way to East Palestine, Ohio, New Palestine, Indiana, Palestine Lake, Indiana and Detroit, Michigan, I practiced writing these town names on calligraphy friendly paper. For the text intervention I wrote the Arabic versions of the town names on pink, white and mirrored Plexi glass signs that I would then document on location by asking locals to hold while photographing them in their natural surroundings.

I also included a political text in Farsi Calligraphy, relating to my ongoing social political concerned works and not place-specific to the RV journey, yet still in the context of the intervention as it would include practicing Farsi Calligraphy. The text "Saudi America" refers to my ongoing research project "Capitalism in the public realm", and is included in the Bruges Art and Architecture Triennial 2015.

Learning Farsi Nastaliq Calligraphy on a moving RV bus.
Text: Saudi America. The inclusion of my political criticism text "Saudi America" is based on joining the ongoing text practice I have developed, utilizing the situation to include the Arabic written language. 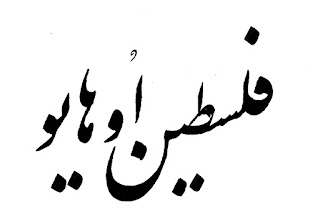 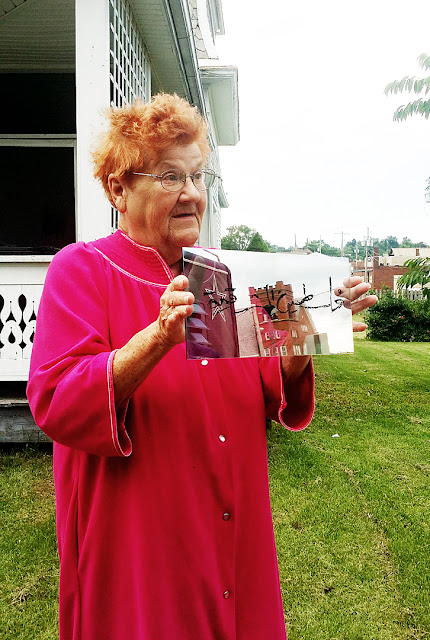 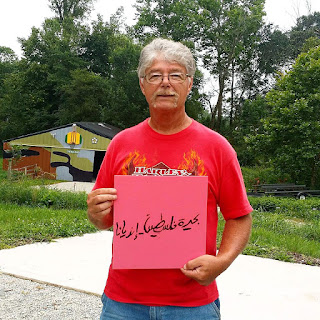 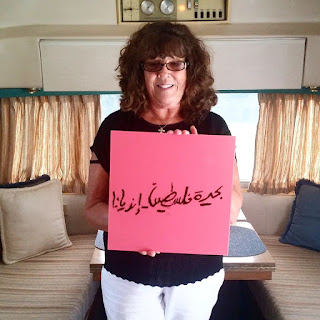 Location: Palestine, Indiana that also features a Palestine Lake. Arabic text written in a shaky unstable environment on pink plexiglass, 12x12 inches.Text: Palestine Lake, Indiana. The locals holding the signs are retirees who have chosen to live in affordable low population states such as in Indiana.

Along the journey I expanded the texts to include practicing Arabic sentences based on words as a travelling communication, the traveller's absence and the experience of the exiled/diasporic longing and nostalgia. The sentences, romantic in nature were “You are my angel”,  “You take my heart”, “You are my Life”, “Eternal kisses”, “Hugs forever”. The sentences were given to me along the way while on the road, 1 new sentence per day. The english translation of the sentences is a direct word by word translation into English from Arabic, not necessarily exact expressions one would use in English (like “Hugs forever”).  The Arabic sentences are authentic, so as a Norwegian non Arabic speaking artist, the performative action creates a bridge between cultures and language, stating commonalities between nationalities, the universal, the personal, the intimate and sense of time and place. 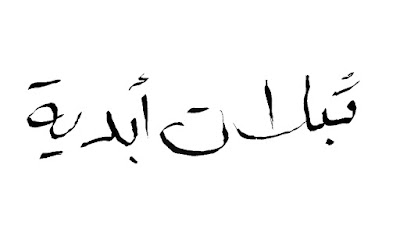 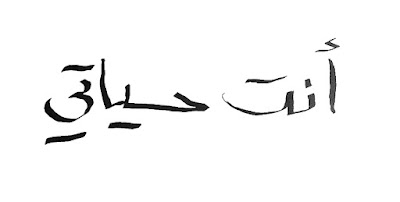 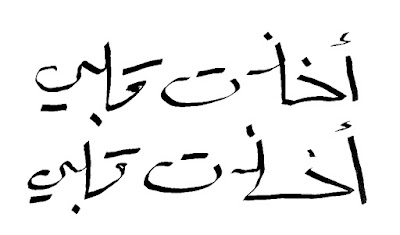 Practicing Arabic sentences allowed me a glimpse into the culture-specific nuances of Arabic writing and speech, the differences between the middle eastern languages. We published the progress of my Arabic learning through documentation imagery and film on CULTURUNNERS website and social media so the calligraphy advisors, artists and friends could follow the development, journey and supply feedback. At the starting point, day 1 on the bus, I was told my Arabic handwriting resembled a 5 year olds hand writing, by day 2 and 3 the social media feedback from total strangers in the Middle east who had picked up on the published Calligraphy Challenge material and process-journey, as well as Arabic speaking people in Norway and US, became more engaged, encouraging and generously offering suggestions to changes, corrections of mistakes and explanations of the differences in Arabic alphabet, as well as explanations in the variations of Farsi Calligraphy. By day 4 and 5, the Arabic speaking followers had grown in number and responses, open mindedly cheering me on and supporting my progress, graduating my Calligraphy to the "not bad" and "pretty good" level.

As part of the first lap of the RV road trip across America, Culturunners organizer and founder Stephen Stapleton and curator Ava Ansari hosted lectures and events at the Red Bull Art Space in Detroit the weekend of July 18-19 with artists Sarah Ouhaddou, Salar Ansari, Peyman Shafieezadeh, Lila Nazemian and John Mireles. The RV road trip is currently continuing its journey through America with a variation of international artists and projects related to place and cultural exchange. 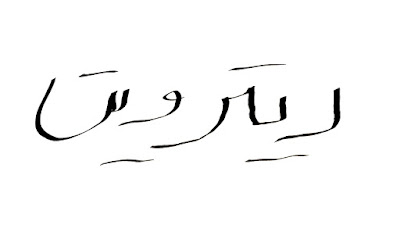 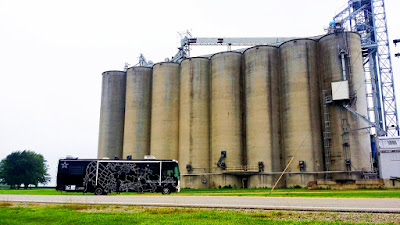