Article by Sarah Corona in New York; Tuesday, Apr. 8, 2014
From Goethe to Octavio Paz, from James Turrell and Dan
Flavin to Douglas Wheeler, they are all trying to get to one
thing: light, in all its shapes and colours. Light as an
object, as an architectural element. Light as a
philosophical motto. Light as a political and moral frontier.
That is to say, “Light writes always in plural,” for its range
is boundless. It occupies space and seeps everywhere — like
water – altering it physically and psychologically.

The media that Anne Katrine Senstad uses to express
her ideas range from neon installations to projections,
from photographic printing to site-specific land art.
Senstad inserts light and luminous bodies in everyday
spaces, whether exterior or interior, inhabited or not.
And these physical places often serve as messengers
from a world in which human emotions and
existence are reduced to a minimum.
And it’s precisely the neon work Light Writes
Always in Plural which opens the discourse on
the artistic production of Senstad. Inspired
by the title of Octavio Paz’s essay “Water Writes
Always in Plural,” on the art of Marcel Duchamp,
the neon work not only emanates its bluish
light into all crevices, but it is also a witty play
on words and concepts about philosophy and life.
Underlying this florescent tube is a careful
analysis and critique of our use of language
as a means of mass communication. 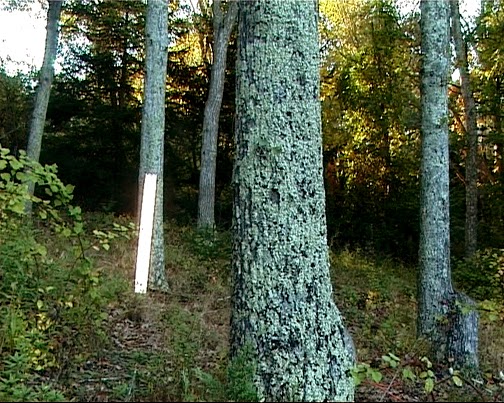 The literature and philosophy of the great thinkers
have inspired other neon works by Senstad.Forget
Flavin comes from the title of Baudrillard‘s
“Oublier Foucault” (1977), simultaneously an
ode to and critique of Foucault that remains
unanswered. Senstad appropriates Baudrillard’s
concept, declaring through the artwork her
admiration and antagonism of the American
minimalist artist. Translated into Chinese
characters, the title takes on a significance
beyond visual translation that reflects
the charged relationship between image
and word. A third example is Light Owes
Its Existence to the Eye, a quote from Goethe
and a reference to his obsession with light
and colour. The works and phrases in neon
become a subliminal reminder and visual
symptom of an intellectual concept,
translated into tangible objects.
Senstad’s installations in nature, or land art,
take on a political twist. A prime example is
The River of Migration (2010), comprised of
72 lights planted in a hilly Californian landscape
in order to create a line that interferes
with the local geography. It is not just an
intervention in the landscape, but a strong
gesture of opposition to the policies of
migration — a silent memorial to those who have
lost their lives trying to cross the U.S.-Mexican
border. The solar-powered lamps represent the
victims of 2010, the year she realized the project.
The long line of lights down a hillside talks about
the nature of migration and how bodies of people
crossing long distances will naturally walk in a
sequential manner according to age, physical
health, group importance, and their delegated task.
The phenomena of artificial lights in a natural,
untouched landscape evokes notions of light and
darkness, nature and the artificial, the environment
and the untouched landscape, providing a scenario
for interaction and intervention. 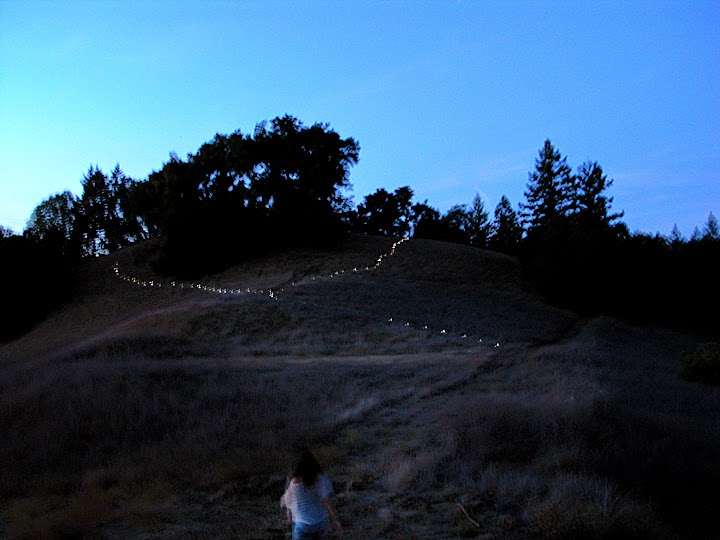 The works with which Anne Senstad most captures
the attention of the viewer are the large environmental
installations. Through the projection
of coloured lights, she tints entire spaces
in red, blue, yellow, green, and all shades in between.
Combined with specifically composed sound,
the visions of colour create a visual poetry leading
the viewer to a sensory experience approaching a
synaesthetic phenomenon. “The optical illusions
experienced when physically enveloped in artificially
projected colors, shapes, and sound,” Senstad
explains, “give way to the momenta of
kinesthesia.” Such is the experience of her work
Kinesthesia for Saint Brigid (2011-12), an
installation consisting of a continuous
projection of colours in a former church in
Ottawa (Canada). Accompanied by pulsating
background music, composed by JG Thirlwell,
the work gives rise to a transcendental experience
of art. “It’s about creating life in an
enclosed and uninhabited space,” says Senstad.
Inspired by Plato’s “Cave and Pharmakon,” the
sensory and perceptive aesthetics are
combined with spatial relations, structures of
architectonic spaces, and retinal experiences of
the prisoner’s cinema. 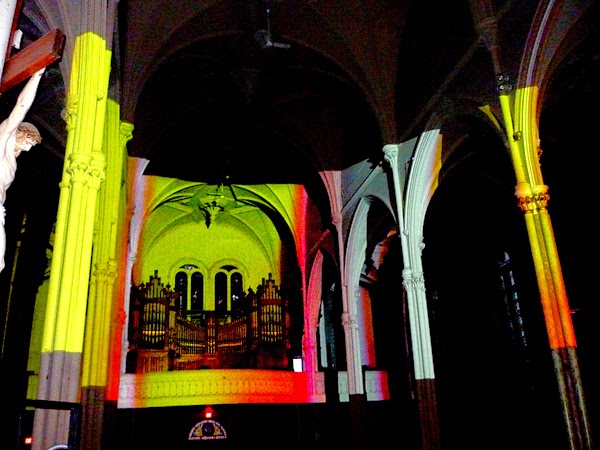 Evolving from this work is Universals (2013),
exhibited as part of the 55th Venice Biennial of 2013.
A polygon made of transparent plexiglass tubes inhabits
the center of the exhibition space and is continuously
exposed to fields of coloured light. Divisive fields of
projected light, and the subsequent re-assembling
into a solid, create the sculpture. The work challenges
the boundaries of architecture, video, and traditional
concepts of sculpture and strengthens Senstad’s ideas
of using light and colour to solidify space. A similar
concept is expressed in her photographic
prints, where we can observe foldouts of hypothetical
sculptures — impossible solids made of coloured rays,
visible only “thanks to a perfect combination
between the distribution of shadow and light
reflected from a transparent object.” (Goethe)
_______________________________________________________________________________
Sarah Corona holds a BA in Fine Arts and a MFA
in Communication and Management of Art
(University of Bologna). Based in New York, she
works as independent curator, art historian and
journalist for international art magazines with a
focus on the intersections between technology
and art. www.sarahcrown.com
Posted by Anne Katrine Senstad Links to this post
Email ThisBlogThis!Share to TwitterShare to FacebookShare to Pinterest

OR NOT Magazine - Light Writes Always in Plural 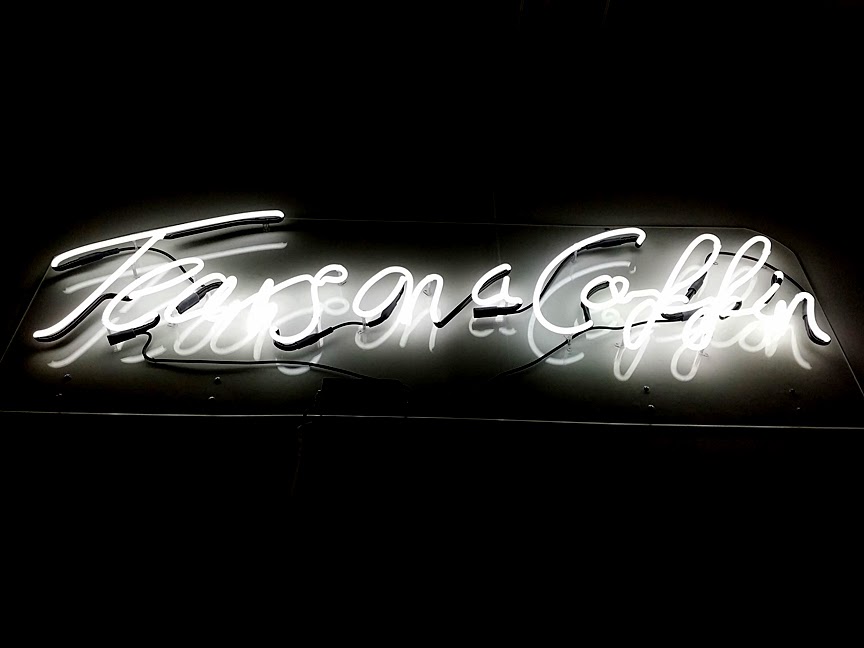 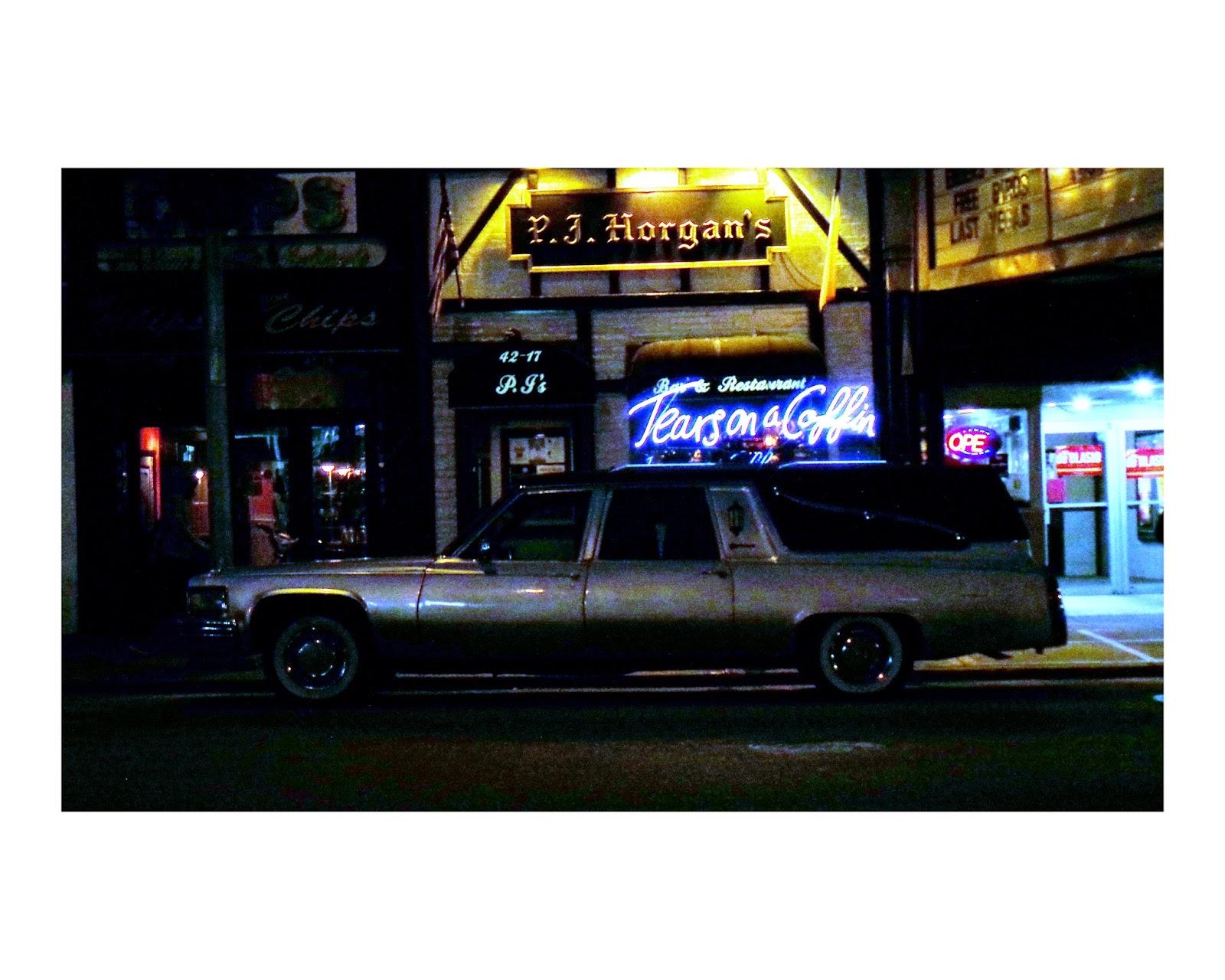