Screening of The Coop with Oslo Screen Festival on tour: 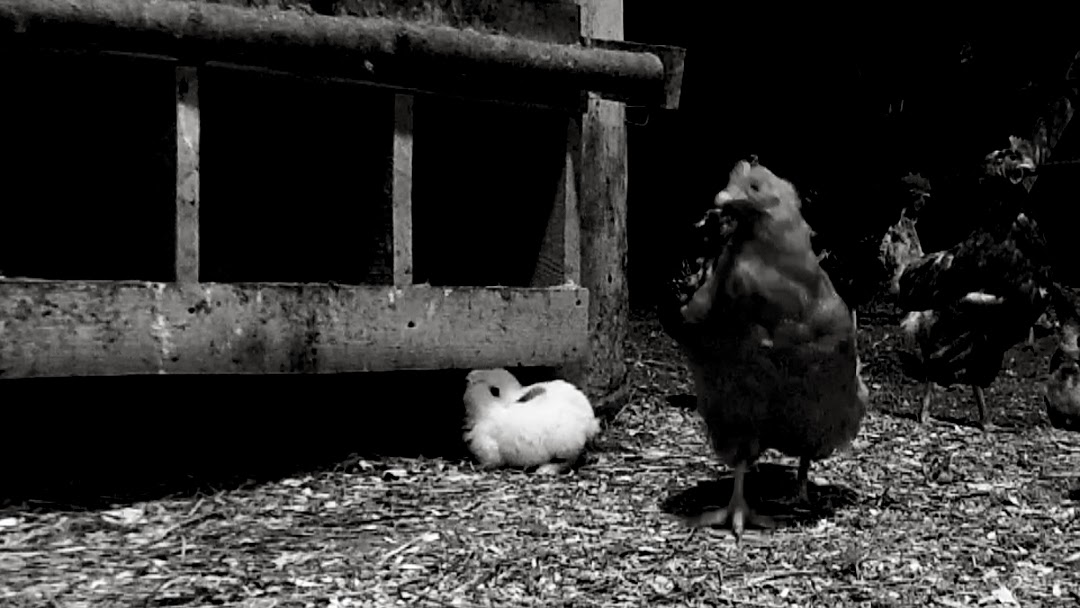 The Coop is a video piece about the imagined narrative ongoings in a chicken coop. Subjectively examining the nature and territorial behavior of chicken, roosters and hens in a coop, we see through the camera placed at a birds eye view inside the coop the unfolding of feathered characters. The piece is created mostly in slow motion, but with chops in speed and an introduction of an outsider animal towards the end. The well known sound of the rooster has been distorted to the unfamiliar, creating a disturbing effect.
The video is shot on an eco farm upstate New York.
16:9
8.40 min
Stereo