Video stills and essay on The Locker Plant Projections featured in Manifesto - a design and architecture magazine published by Chinese Architecture firm The Design Republic in Shanghai, December 2013 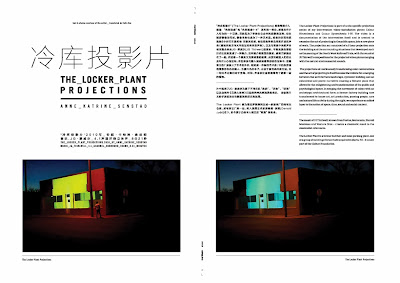 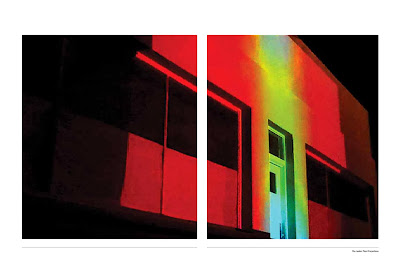 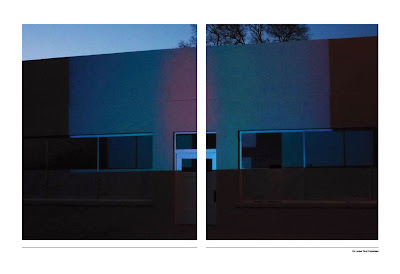 Tears on A Coffin Documentation video

Tears on a Coffin by Anne Katrine Senstad

A site specific public art installation that took place in Sunnyside, Queens, NY October 2013. Organized by the art foundation No Longer Empty, NY. Curated by Sarah Corona for No Longer Empty.
The project was supported by The Royal Norwegian Consulate General New York, Gallery Nine5, 419 Neon and Sunyside Shines BID.
The installation consisted of Anne Katrine Senstad's Neon sentence, a funeral car, a mariachi band playing funeral songs (not included in the video), a video installation in P.J.Horgan's Irish Pub consisting of scrolling biblical texts, random pub goers, and passerby's. The Neon sentence was later installed in the pub for the remaining weeks of the installation.
©AKS New York 2013.


Tears on a Coffin – Curatorial text; by Sandra Cerisola
Mexico city
Tears on a Coffin is a site specific performative work that was originally planned to take place in Mexico City. It was however conceived as a traveling piece, adapting to a local environment, in this occasion in NYC.

The main focus of the artwork consists of Anne Katrine Senstad’s white Neon sentence - 'Tears on a Coffin', simulating the artist's handwriting and mounted on the roof of a funeral car, referencing advertisement aesthetic in the public realm. The funeral car would circulate through key areas of Mexico City while being filmed, establishing a dialogue with a national context; political, social-economical and historical.

The routes and performances would reference the national political panorama during the last presidential election in Mexico. The first route was planned to pass symbolic national monuments. The performative character of the piece, would have added an aspect of spatial-temporal precision, reactivating representational sites and buildings of Mexican history. Here, the work suggests the 'death' of political utopias - ranging from colonial to modern - in direct relation to the city as fluctuating and in motion.

The second route was planned in the area of Santa Fe; a relatively new urban area containing headquarters of multinational corporations, a huge exclusive shopping mall, upper social-economical residential areas and a private university, all built on the remains of a large garbage dump where extreme poverty continues to co-exist in radical contrast. For this route a traditional rural orchestra was to play in procession following the funeral car. These bands are used for poor people's funerals in rural Mexico. The songs are simple and rough (usually out of tune).

At this stage Tears on a Coffin, was intended to involve a transgressive act in a sterile environment. Spontaneous reactions of people would have been part of the piece, both as regular passerby’s and as participants in the procession. This performance, was meant to stress the existent contrast between two Mexican post-colonial realities represented in the video by the city garbage dump inhabitants, both old and new, and the band with the the new urban opulent development as background.

The visual hyperbole of the neon on the large black funeral car circulating, is ironically suggestive of the evident phenomena in Mexico in this case, where it has been historically common that people react with a closed eye to the abuse of power.
Posted by Anne Katrine Senstad Links to this post
Email ThisBlogThis!Share to TwitterShare to FacebookShare to Pinterest 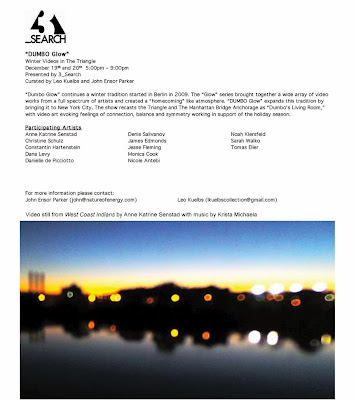 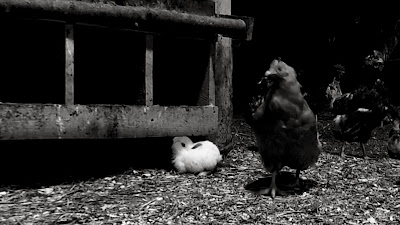 
The Coop is a video piece about the imagined narrative ongoings in a chicken coop. Subjectively examining the nature and territorial behavior of chicken, roosters and hens in a coop, we see through the camera placed at a birds eye view inside the coop the unfolding of feathered characters. The piece is created mostly in slow motion, but with chops in speed and an introduction of an outsider animal towards the end. The well known sound of the rooster has been distorted to the unfamiliar, creating a disturbing effect.
Posted by Anne Katrine Senstad
Email ThisBlogThis!Share to TwitterShare to FacebookShare to Pinterest
Newer Posts Older Posts Home
Subscribe to: Posts (Atom)