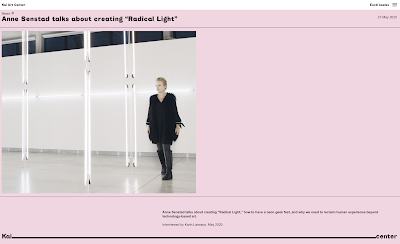 Anne Senstad talks about creating “Radical Light,” how to have a neon geek fest, and why we need to reclaim human experience beyond technology-based art.

Interviewed by Karin Laansoo, May 2020 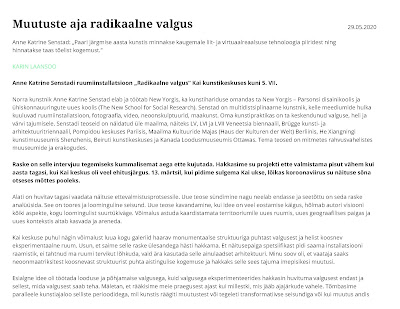 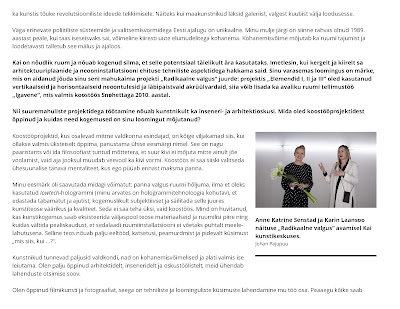 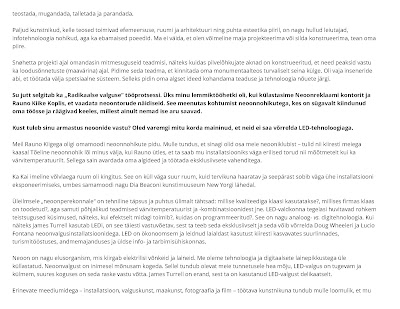 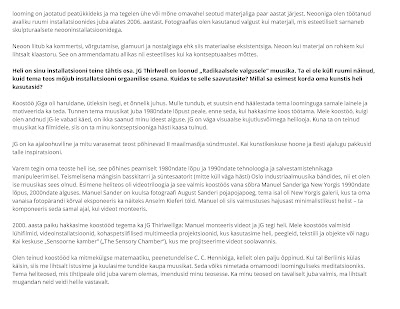 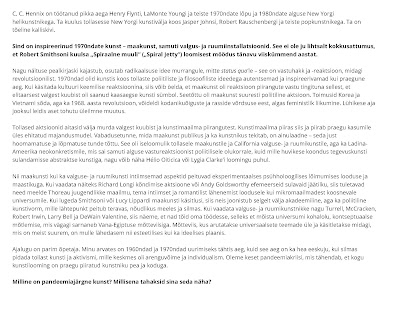 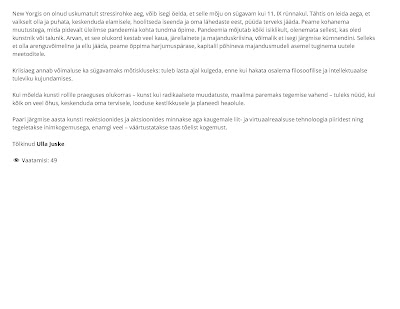 Discover in this HOMEMADE video Anne Katrine Senstad's monumental solo exhibition Radical Light. Put on hold during confinement and now reopened at Kai Art Center in Tallinn, Estonia, this sculptural environment is an invitation to perceive light and sound in their totality, to experience their transformational effect. Enveloped by JG Thirlwell's sound composition, Radical Light immerses and deconstructs our perception of space.

Support CULTURAMA for more videos on Art! ► PATREON In an exceptional period, HOMEMADE is a unique experience, that of the exploration of Art and Design filmed in post-confinement and shared in the digital space. So let's push the walls and go beyond, together. Art, Culture and Design open our skylights and our hatches! ♦ Cultural Innovation Editor: https://www.monagendart.com ♣ Instagram: https://www.instagram.com/ericdemonag... ♥ Facebook: https://facebook.com/MONAGENDART

HOMEMADE TEAM: ********************** Video directors: José Man Lius Barbara Marshall Grigoriy Manucharian If you don't understand the new revolutions in culture, read CULTURAMA, the magazine of the trend explorers! Explore and discover 21st century Art and Design with CULTURAMA. This web-magazine, in conjunction with CULTURAMA YT, offers you short films and documentaries with exclusive articles, reports, and interviews.
Posted by Anne Katrine Senstad Links to this post
Email ThisBlogThis!Share to TwitterShare to FacebookShare to Pinterest

The exhibition Trans/essence offers a window into Anne Katrine Senstad’s lifelong examinations on perception and the phenomenology of light, color and space through the optics of the sensorial and the camera lens. These works seek to examine immateriality and the experiential domain of the senses through processes of re-materialization, geometry and reinterpretation of form. Circling back to the source, there is a re-conceptualization , reconsideration and reinvestigation of inhabited space and the realms of essence and origin. The photographic works in the exhibition are interconnected through a shared source; projections of light and color inhabiting space through time, a total removal of object and ontological experience of the sources.  In Robert Smithson’s text on the modernist city as representation of a non-objective world, Senstad pursues what lies beyond the observable to find truths in nullification and antimatter.
There is a narration in the amalgamation of colors transpiring time and projected onto corners and walls as subject for the photographic series Color Kinesthesia, where pure color fields exist between mind and matter.  In the photographic works deriving from these very color projections, we find an occurrence of materialization of the immaterial non-object,  an action of arresting alogon and harnessing it onto the decisive moment’s celluloid surface of color film.  Similarly the very same light and color immateriality creates the substance of Senstad’s earliest works, Essence of Light, objectifying and materializing that which cannot be held and re organizing light and color into the folds of the circle, the physical and the ephemeral into entity and a phoneme shaping of time.

Opening reception in quarantine April 3rd - a documentation video by curator Reszegh Botond in Hungarian and English during the pandemic of 2020: 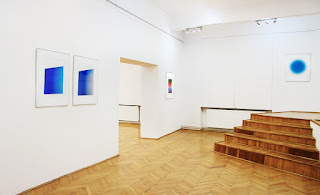 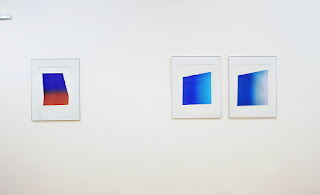 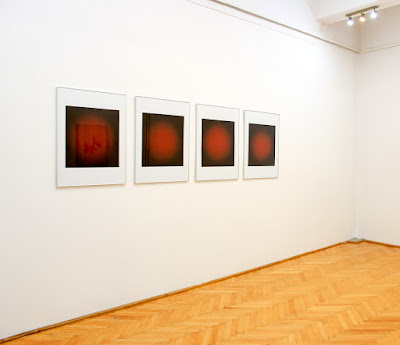 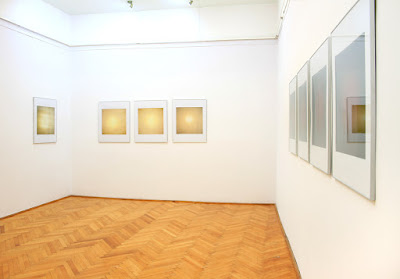 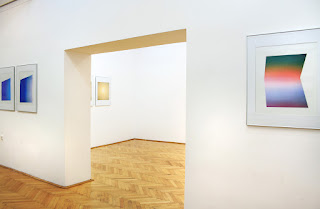 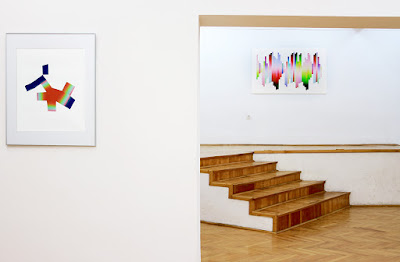 IMMERSIVE.WORLD | Programs | ALL ARTS: A 10-episode television series that explores interactive storytelling and experiential art, from immersive theater to virtual reality and more. Through interviews with artists, curators, directors, and writers, each episode explores a different aspect of truly immersive experiences.

Click here to view the full episode on Allarts.org - a PBS station. 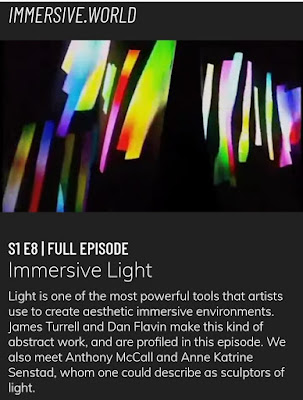 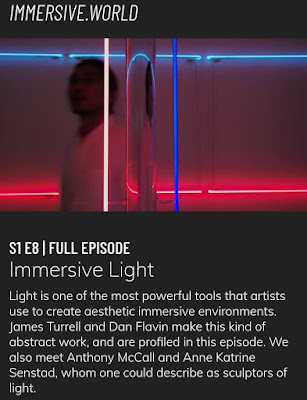 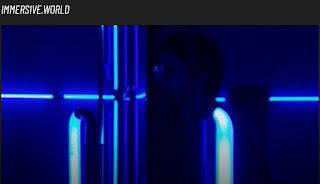 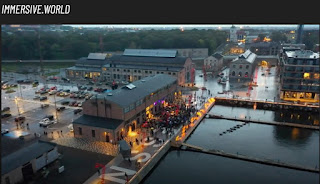 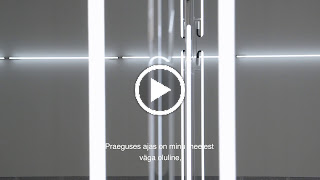 The video clip is an outtake from a 20 min doc video by Stella Saarts for Kai Art Center on Anne Katrine Senstad's monumental and immersive sculptural light installation on the essence of perception, elements of purification, and the sensorial experiences of space, entitled Radical Light. The experiential light environment is defined by sets of matrices and an enveloping horizon and accompanied by en enveloping infinite composition by acclaimed composer JG Thirlwell. 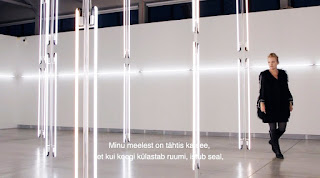 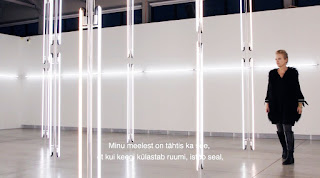 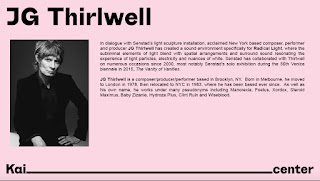 Senstad’s immersive light sculpture environment is an invitation to encounter the perceptive sensations of light and sound in pure form and their transformational effect on the experience of space. Constructed of neon lights, the unique luminal properties effect our cognitive system where the artificiality of LED lights fall short. As one of Senstad’s largest indoor works to date, the light sculpture is conceived as a monument and a matrix – a vast spectral light sphere which allows the public to experience being enveloped in the radiance of light of the highest spectrums when wandering through the historic former submarine factory housing the 450m2 exhibition space.

With a unique sound environment composed specifically for Radical Light by acclaimed composer JG Thirlwell, spatial audio arrangements engulf the space in luminous sounds in pure form. Senstad has collaborated with Thirlwell on numerous occasions since 2000, most notably Senstad’s solo exhibition during the 56th Venice biennale in 2015, The Vanity of Vanities.

While the exhibition takes place from January through April during some of the darkest months in Estonia, the immense light sculpture illuminates the dark season of the northern hemisphere.

The film and lecture program accompanying the exhibition opens an important chapter in the history of art – from the late 1960s to early 1970s – inspired by minimalist and land art and represented by a number of famous American artists such as Robert Smithson, Nancy Holt, Walter de Maria, Doug Wheeler and James Turrell. Films will include Troublemakers: The Story of Land Art (2015), Spiral Jetty (1970) and Sun Tunnels (1978).

The film program will begin with Troublemakers: The Story of Land Art (2015, by James Crump) on February 5th and 19th at 6pm at Kai cinema. The screenings of Sun Tunnels and Spiral Jetty will take place on March 4th and 18th.

Read an essay about the exhibition written by prof. Andres Kurg in English, Finnish or Russian. 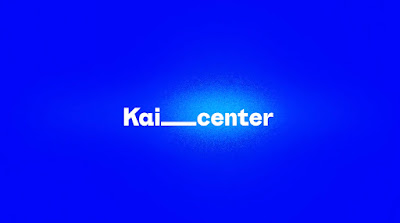 A short video by Stella Saarts for Kai Art Center with a short interview by Anne Katrine Senstad on her installation the Sensory Chamber as part of the solo exhibition Radical Light at Kai Art Center.

It has been found again.
What? – Eternity.
It is the sea fled away
With the sun


Sentinel soul,
Let us whisper the confession
Of the night full of nothingness
And the day on fire.


From humain approbation,
From common urges
You diverge here
And fly off as you may.


Since from you alone,
Satiny embers,
Duty breathes
Without anyone saying: at last.


Here is no hope,
No orietur.
Knowledge and fortitude,
Torture is certain.


It has been found again.
What? – Eternity.
It is the sea fled away
With the sun.

The Sensory Chamber installation contains a video projection of the video work Beckoned to Blue in seven colors onto a bed of salt and sound composed for the installation in dialogue with the spatial light environment and neon sculpture installation Elements IV that constitutes Senstad's solo exhibition Radical Light at Kai Art Center in Tallinn, Estonia. The colors travel through red, blue, green, white, black, pink and teal and go through mesmerizing monochrome glitched and sparkled spaces into compositions of expanding lines and circles reflecting our inner space confined in our bodies and minds, yet echoes the infinite vastness of space, the universe, time, awareness of self, our emotive and cognitive system. While the video is projected onto a bed of salt, a component found in almost all things known, an element of the human constitution and represents the solidity of the earth and ocean, a grounding element - the whiteness of the salt reflects the projected colors while offering a materiality. The composition created especially for Radical Light is by acclaimed composer JG Thirlwell and accompanies all spaces of the large scale installations in the former submarine factory built by the last Tsar of the Russian Empire in 1911, enveloping the visitor in a sound space reflecting the  infinity of light, elements of electricity and nobility of neon gasses. 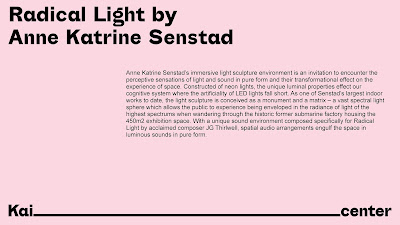 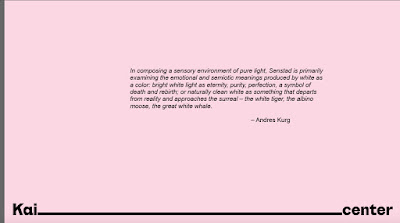 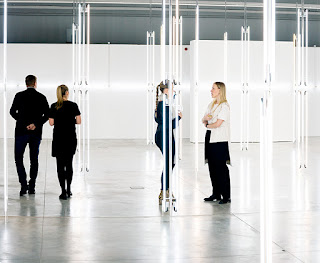 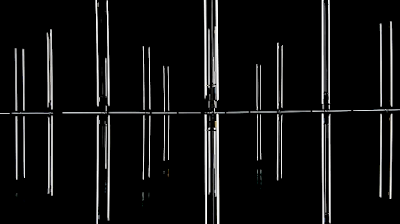