An exhibition with artists who make a cross-over from their main practice as a photographer to video. The works are a poetic reflection on the relationship between nature and culture and want to make us aware of the vulnerable relationship between the two.
with:
* Anne Senstad
* Helen Sear
* Christina Seely
* Chris Jordan
* Evan Roth
OPENING
Friday 5 april, 5 pm, Noorderlicht | House of Photography 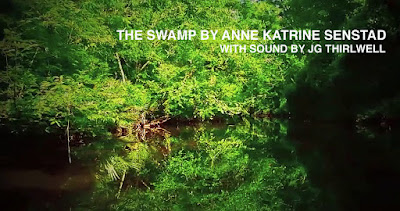 
ANNE SENSTAD (NORWAY, 1967)A triptych of videos with visuals by Senstad and music by JG Thirlwell, about the interaction between man, nature and cultural history. The work was shown at the Venice Biennale in 2015. JG Thirlwell is a legendary musician who is also known under the aliases Foetus, Steroid Maximus and Manorexia.

The Swamp - A lyrical homage to the American South, where the swamp is the bearer of many tales. They are valuable, transitional ecosystems harbouring life and death, beauty and darkness, refuge and hunting. Swamps keep us alive: they play an important role in stabilising the water balance and they represent a place of freedom for former slaves and other displaced groups.
The Sugarcane Labyrinth - A portrait of the creation of agricultural land art on 5600 m2 of land in Louisiana. The labyrinth of sugarcane symbolises many cultural-political developments, such as traditional agriculture versus large-scale industry, sustainability versus shrinkage, but also community spirit, new energy and traditional sugar production. The video conveys the experience of wandering searchingly through an overwhelming environment, interlaced with philosophical and spiritual texts about the labyrinth of the mind.

HELEN SEAR (GREAT BRITAIN, 1955)Sear explores the crossover between photography and art and has been focusing on the coexistence of man and nature in her work since the 1980s. Her work moves between photography, sculpture, sound and video and wishes to make optimal use of the artistic experience as a means of evoking involvement and activating people.
Wahaha BiotaThe film follows the daily forest management from tree planting to their processing in the sawmill. The forest as a raw material and the forest as an environment come together in a video in which work and play intertwine. In the soundtrack, human voices are used as instruments, in harmony with the sounds of nature. The work is a lyrical study of man and forest, the conclusion of a year-long residency in Dalby Forest. (Biota: the flora and fauna of a specific area or period.)
***************
CHRISTINA SEELY (UNITED STATES, 1976) Seely sets out on an expedition to investigate the relationship between man, time and planet. She takes both natural and artificial systems as her subject. The conflict between superficial documentation and underlying complexity is integral to the work. Noorderlicht has previously shown her series on light pollution in the photography festival Metropolis.
Terra Systema TempoThis work consists of two contrasting images which together represent the cycle of the planet. Respiro is about the rainforest as a living, breathing system; she created it while staying at the Smithsonian Tropical Research Station in Panama. Flumen looks at the melting ice in Greenland, where Seely participated in two scientific expeditions. The ice water is shown in ever-increasing intensity, beginning with small streams and building up to enormous forces upon reaching the ocean. Her installation is a moving dialogue between the two ecological extremes at either end of Western life.
***************
CHRIS JORDAN (UNITED STATES, 1963)Chris Jordan has evoked huge response with his photography series Midway, in which he showed how plastic filled the stomachs of thousands of deceased young Albatrosses. Jordan is a multimedia artist and activist; he wants to make the subconscious of our mass culture tangible. The Midway photographs have been shown by Noorderlicht in the Nature Museum Fryslan.
Albatross The 90-minute film Albatross is a sequel to the photography series. The film starts off as a loving nature documentary, telling about the beauty of the Albatross and its extraordinary life in the middle of the Pacific Ocean, on the Midway atoll thousands of kilometres away from civilisation. But the film soon turns into horror as it shows parents feeding their children streams of coloured plastic, the ground littered with dead chicks. The film is set up as a meditation to be experienced from start to finish, and is therefore shown once a day.
***************
EVAN ROTH (UNITED STATES, 1975)The internet is Evan Roth’s raw material. Based on a hacker philosophy, he depicts transient moments in contemporary popular culture. In doing so, he uses various media, including video. One of his achievements: he succeeded in getting to the top of Google’s rankings with the search query 'bad ass mother fucker'.
Red Lines Under our feet and all around us is an invisible, constantly mutating current. Roth searched for the physical anchor points: the coastal locations where underground internet cables come ashore. He made films of the landscape at these specific locations, shot in the same infrared that shines through the optical cables. In the artwork, he streams the videos to the audience from servers operating at the locations concerned. The soundtrack is created by scanning radio signals on the spot using ghost hunter equipment and combining them with sounds from the surrounding nature itself. The work bears witness to a paradoxical silence between two worlds. 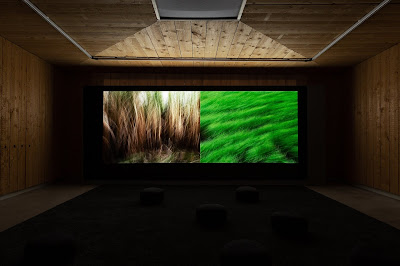 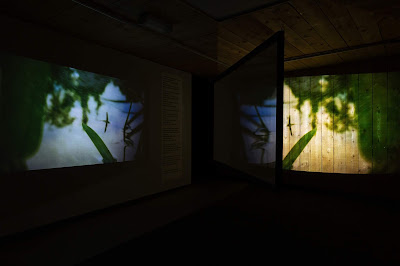 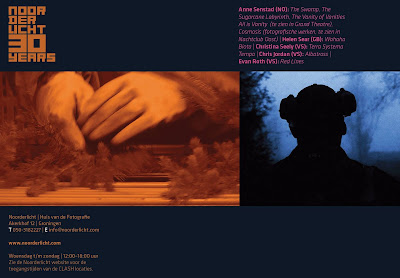 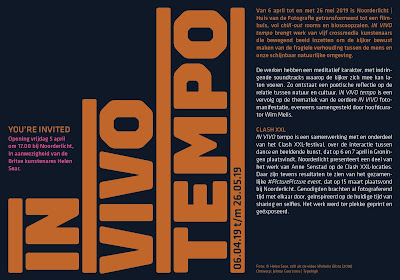 CLASH XXL
IN VIVO tempo is a collaboration with and part of the Clash XXL festival about the interaction between dance and visual art, which takes place in Groningen on the 6th and 7th of April. Noorderlicht is presenting part of Anne Senstad's work at the Clash XXL locations. Here you can also see the results of the collaborative #PicturePicture dance event from the 15th of March at the House of Photography, where invited guests spent time photographing together, inspired by the current era of sharing and selfies. The work was printed and exhibited on the spot.
Extra presentation by Anne Senstad at the Clash XXL festival
The Vanity of Vanities All is Vanity (on show in the Grand Theatre)This work shows the ocean as a personification of the existential, the sensual in nature, as a representation of human hubris. Man believes he is greater than life and death in our consumerism and ecological exploitation. The video calls for an immersion in untamed nature, the abandonment of human superiority and the recognition of our responsibility.
Cosmosis (photographic works, on show in the nightclub Oost)This new work is inspired by utopianism and cosmology and their optimistic reliance on knowledge which also produced other art movements such as constructivism and kinetic art. The work evokes a sense of oneness with the universe, somewhere between order and revolution. Senstad’s compositions are meticulous references to these earlier movements, bridging the past to the future.Still image: The Vanity of Vanities All is Vanity, 2013.Previously exhibited at El Magazen D'elle Arte during the Venice  Biennale 2015 as part of my solo exhibition The Vanity of Vanities, a multi sensory installation consisting of video projections, double sided mirrors and sound. 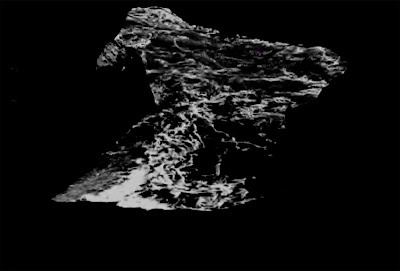 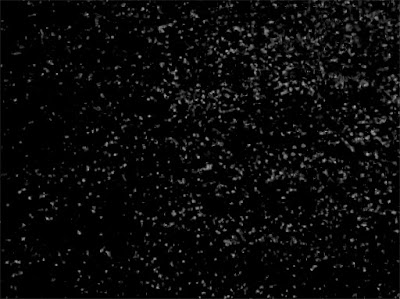 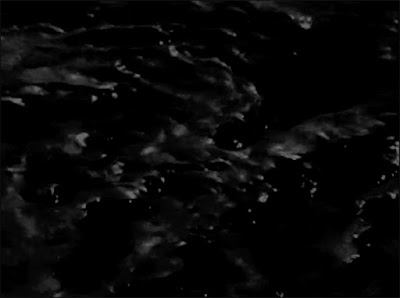 Still images: The Vanity of Vanities All is Vanity, 2013


In conjunction with the exhibition opening of IN VIVO Tempo, the CLASH Sound Festival takes place the weekend of April 6-7, 2019  and is presenting a contemporary art program with panels, lectures and an exhibition of my works at the Grand Theatre that includes screenings of The Vanity of Vanities All is Vanity, 2013 with sound by JG Thirlwell alongside an exhibition of my photographic works Cosmosis Collages, 2018. Organized by Noorderlicht House of Photography and CLASH Festival. 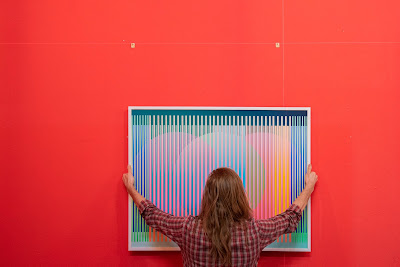 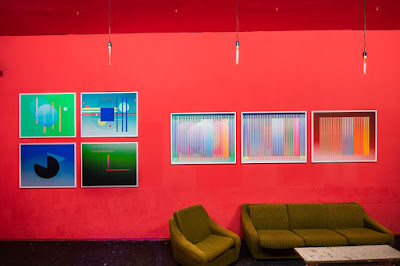 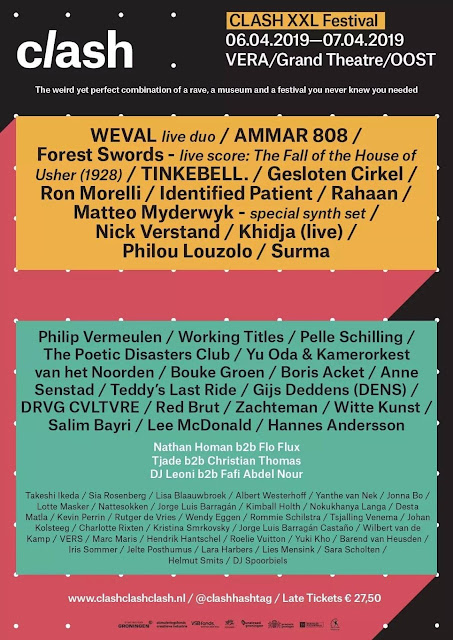